Blog Bat Around: What I Collect and 2 TTM Returns!

I don't think any of this information is new to anyone but I gotta get in on a blog bat around. Most of what I collect is listed under the tab on my page. A few things I collect that may not be obvious would be:
I don't really have any collecting projects going on currently. I should have my Tigers '78 Rookies project wrapped up at the end of April and will post the crap out of it then. Most of my current projects are sorting stuff and uploading as much as possible to The Trading Card Database. I am on there as pjdionne12 so add me and check out my trade stuff. 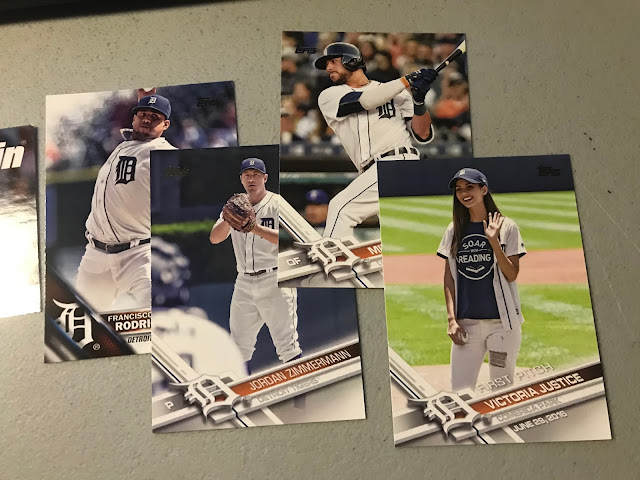 I collect mostly Tigers but dabble in all Detroit sports teams. I haven't started but hope to get all my Tigers in order and make team sets for each year. I probably have a ton completed but don't have the time just yet to start sorting them. For now, I stare at them for a period of time when I receive them and then they go in the box to be sorted...someday soon. 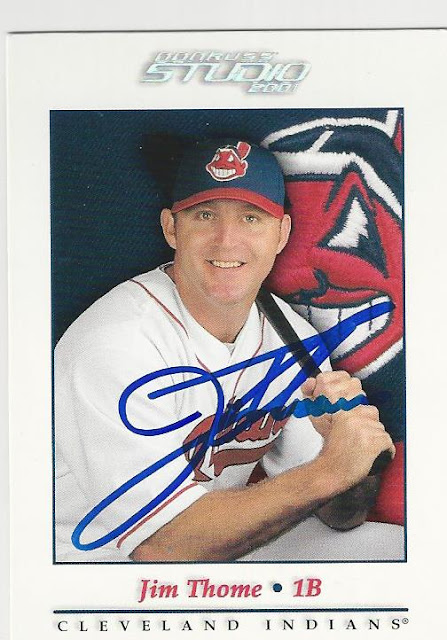 A big reason I am so into Dimeboxes at card shows is to find the perfect card to send to one of my favorite players. I have a lot of strong ideas about TTM autograph collecting that I try to hold my tongue about like sending more than one card and sending to just any old player because they sign. I chose each card and player very specifically that hopefully illustrates the player the way I want to remember them.

I collect a lot of players. They are listed in a tiered format in my "What I Collect" tab. Really any 1990's star that I find I keep. JaCoby Jones, Mike Hessman, and Mark Fidrych right now are the guys I focus on a little more. Brandon Inge, James McCann, Michael Fulmer, Nick Castellanos, Omar Vizquel, Rey Ordonez, Jim Thome, Jose Canseco, Cecil Fielder, Nolan Ryan, Roger Clemens, Pedro Martinez, Joba Chamberlain, Rick Ankiel, Brent Clevlen, Jaret Wright, Kenny Lofton, and Joe Carter are mostly guys I grew up collecting with some newer names mixed in. I have a lot more listed under the tab and collect guys that aren't even listed if its a cool card. I should probably list the guys I hate instead. Don't send me: AJ Pierzynski, Nelson Cruz, Aaron Judge, Mike Napoli, and there's more I can't think of right now. If you send me a Pierzynski card I will return the ashes to you.

Hunting and Fishing are my other passions so when I get to mix all of my hobbies together I am in cardboard heaven. I collect any cards depicting fish, fishing, hunting, or game on them and any card of an athlete hunting or fishing. Most of what I was finding was old Tobacco style cards but recently Allen and Ginter and Goodwin Champions have given this collection a real shot in the arm. I still collect any Allen and Ginter 2017 fish cards I can as I take them to professional fishing competitions to get them signed. 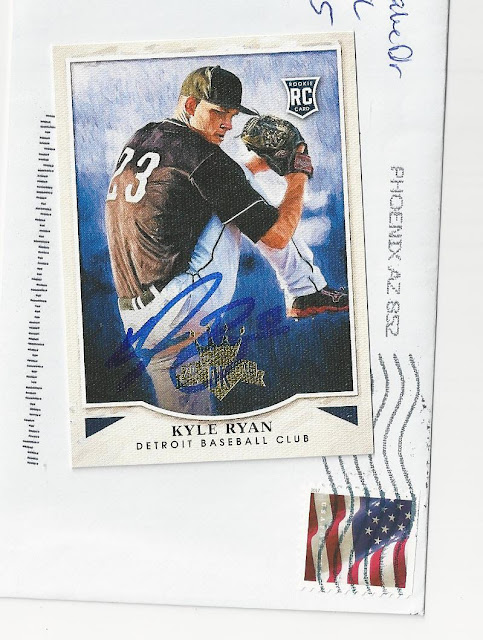 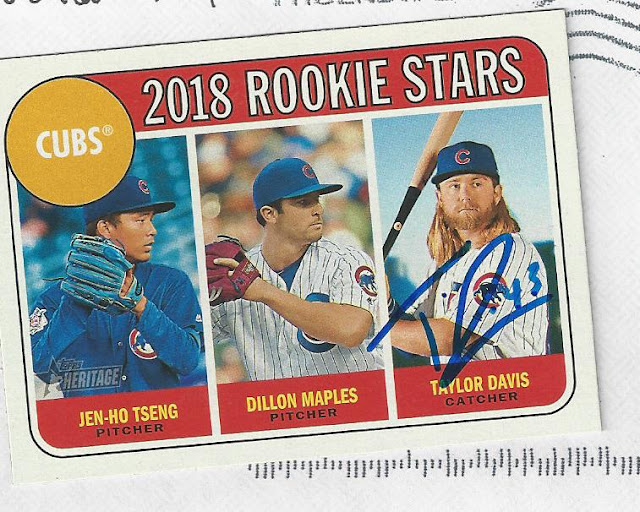 The Kyle Ryan I sent out last spring training. The Taylor Davis came back in two weeks. Its funny for a guy who became popular via viral video of him staring at cameras, he of course is looking somewhere else for his RC.

Full Case Player Break -vs- Buying a Box; the Great Experiment to get the most bang for you buck.

Am I better off buying a box of cards with guaranteed unknown hits or to spend the same amount on a player break of a full case?

Donruss 2018 boxes run $90ish shipped. A hobby box boasts 3 hits (auto or relic) per box. Hobby Legends was running a player break on ebay for each player with a card in the set having its own auction. I foolishly scooped up a LARGE list of players at different prices but setting a personal budget for my total and a budget for each player. I only bid on players I wanted and then filled in gaps with players ending under $3 that fell into trade partner categories. Here is the list of my purchases.

Players I went for:

Total with shipping $82.18, just a little shy of the price of one box.

Keep in mind a few things. First, I researched on BreakNinja.com what cards each player had and only bid up to $1.26 for players with only base, $3.50 for players with relic/autos, and a little higher in some cases for guys like LaRussa, Musgrove, and Glasnow who I wouldn't mind having a hit from and see they have high probability of hitting. Also, look at some of the prices with ! after them. Those auctions I got into a bidding war and paid more than I wanted to. The same thing happened with Alan Trammell and Al Kaline who both went for double the price of one of their hits would retrieve on ebay. Also, the seller combines shipping for a one time payment of $2.99. I can tell you the package that arrived to my house cost 10X that to ship.

I ended up with 7 hits instead of just 3 had I bought a box. I did not get the high dollar guys I wanted hits from but did pull quite a few prospects. There is some numbered stuff and variations in there too. Overall, I ended up better off than buying a box. I had some, though very little, but still some control over who the hits were. A full case offers 16 boxes per case. I saw a full rainbow of Otani come out. I wish Carter, Sano, Giannoulus or LaRussa would have hit for something to add to my PC but I did pretty well. Hobby Legends as always was terrific during the break, everything shipped super fast and safe, I have single box breaks I bought into the week before this one that haven't shipped yet, and they tossed in two packs of penny sleeves. Please, if you are wanting to try this method of chasing hits over buying boxes do your research. There is a reason I chose each player and paid certain amounts. I used BreakNinja and watched a few case breaks while taking notes before bidding. You don't want to bid up a player and then later find out they don't have any hits in the set. It is all chance. Over $30 of what I spent was only on 4 or 5 guys that I got no hits from in the entire case even though they have a ton of hits in the set. I could have just bought their cards on ebay for that price probably. While 2 auto/relic Musgrove cards for a $3.61 bid is a win, having not a single card to show for paying $13.50 for Joe Carter is painful or a Sano #'ed /199 and 16 base cards for $9.46.

Here is the haul: 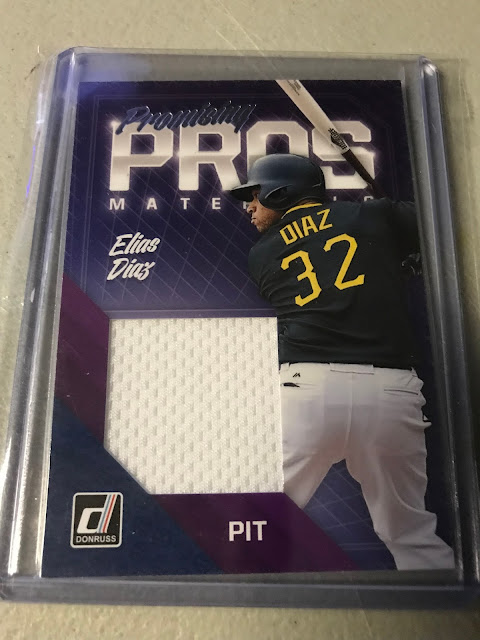 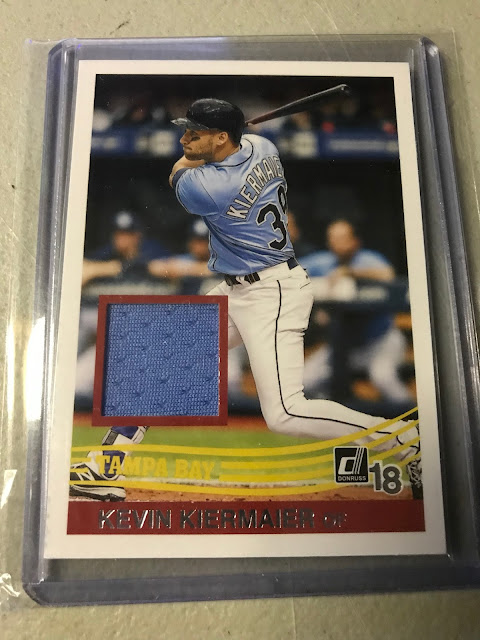 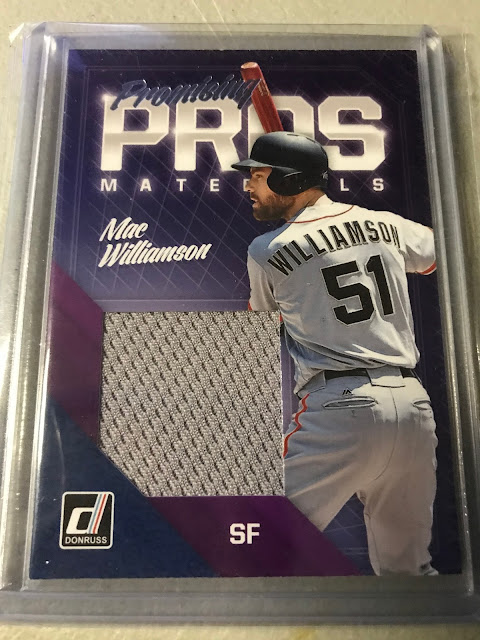 Night Owl Cards is one of my favorite blogs to follow. I find the writing very relatable and share many of the opinions Greg has on the hobby. This week I was surprised by a thank you package from the card hooter that contained some sweet stuff. Thank you Night Owl! 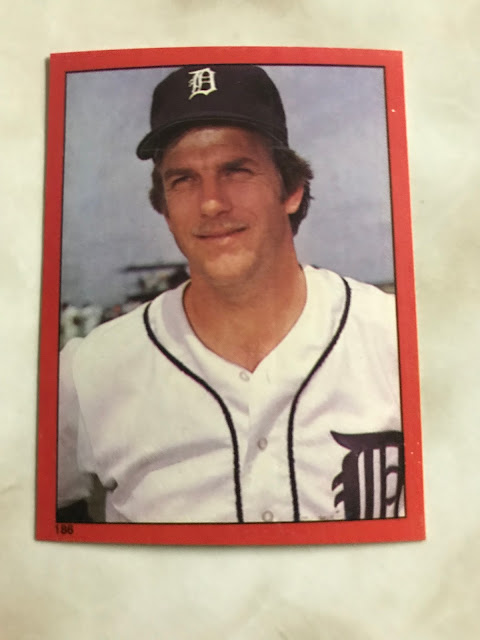 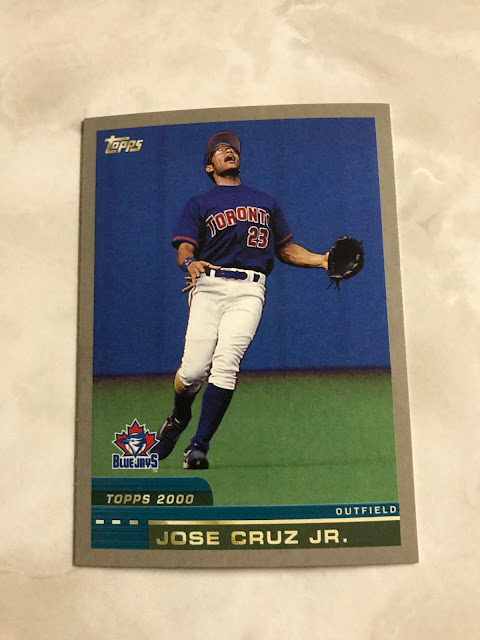 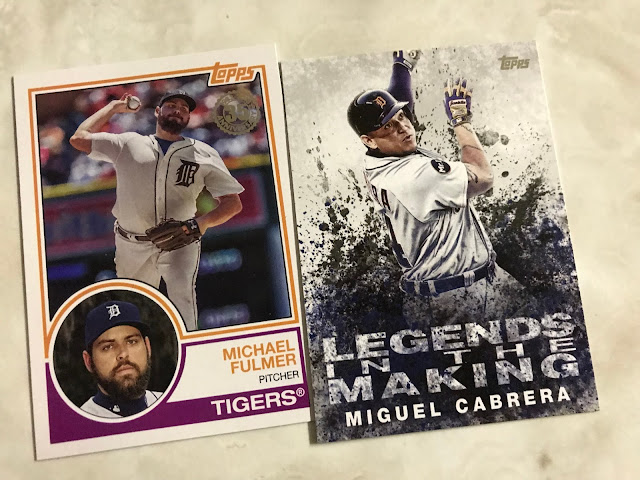 I was born on St. Patrick's day. I like to think that makes me a little luckier than most but I do have to field the "Oh man, you must have crazy birthdays" comments when alcoholics find out. I have never done a pub crawl or gotten sloppy on my birthday but I always have fun. This past birthday I hit up the local card show the day after. I got to meet Dennis from Too Many Verlanders as I posted earlier and got to spend some pocket change. Here's the haul: 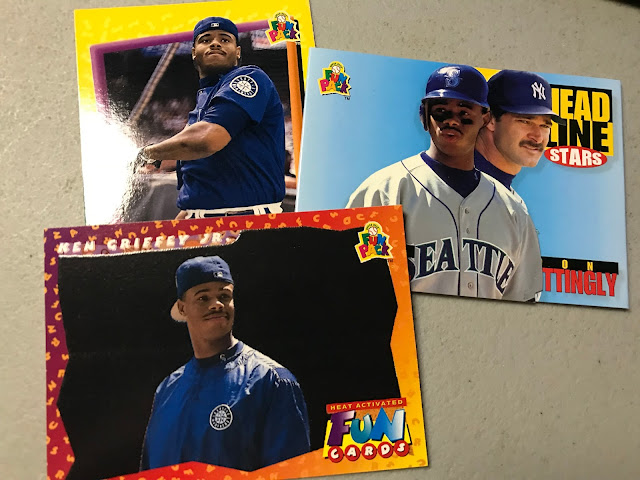 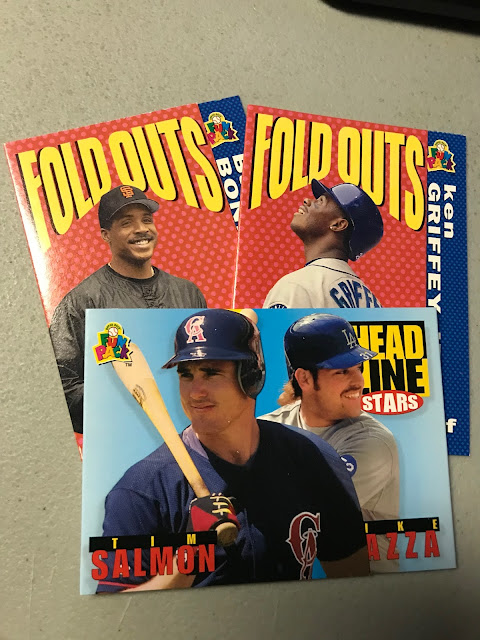 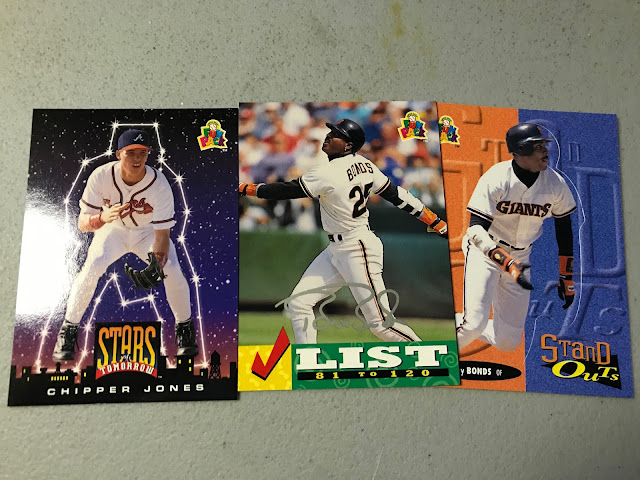 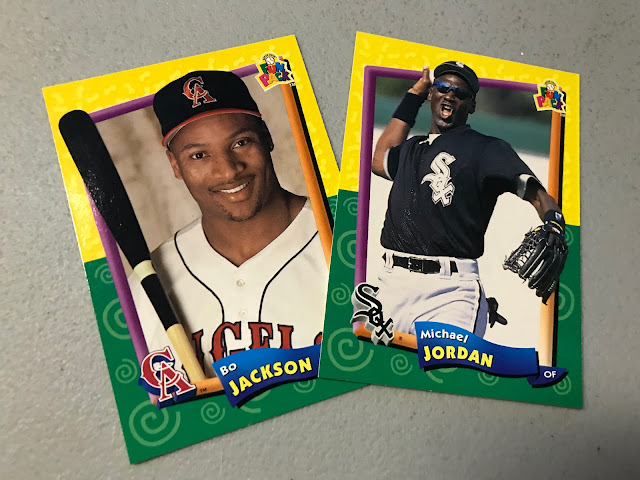 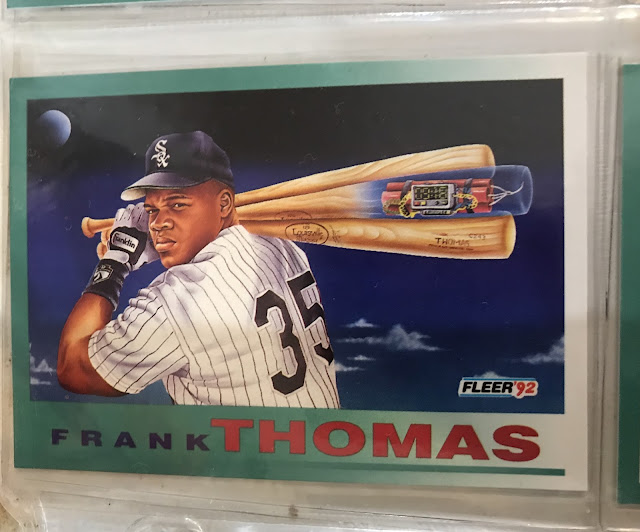 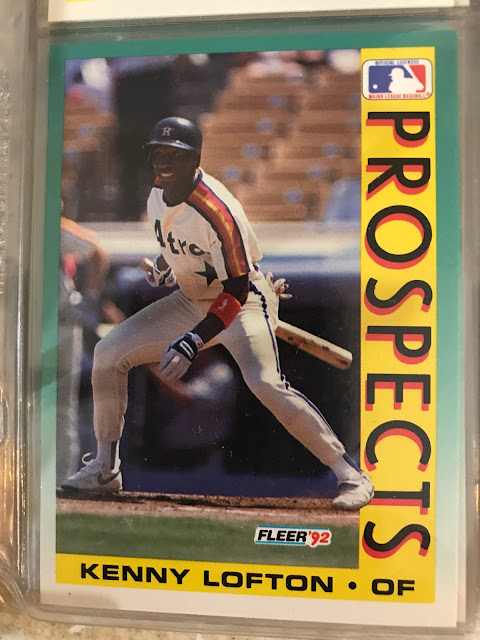 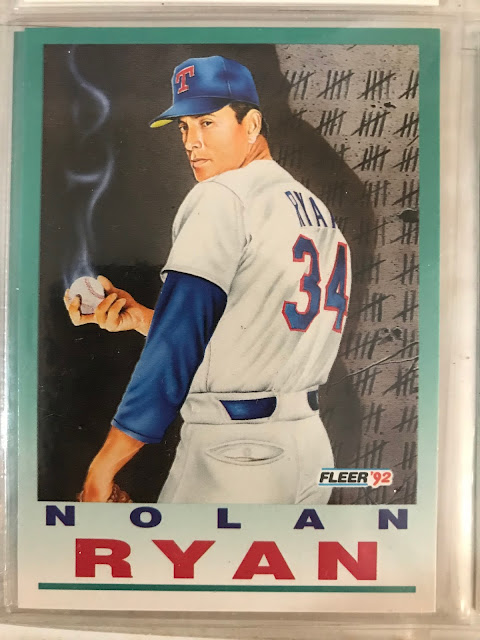 From there I hit the singles boxes. The nickel box had not been refilled so I settle for dime, quarter and dollar. 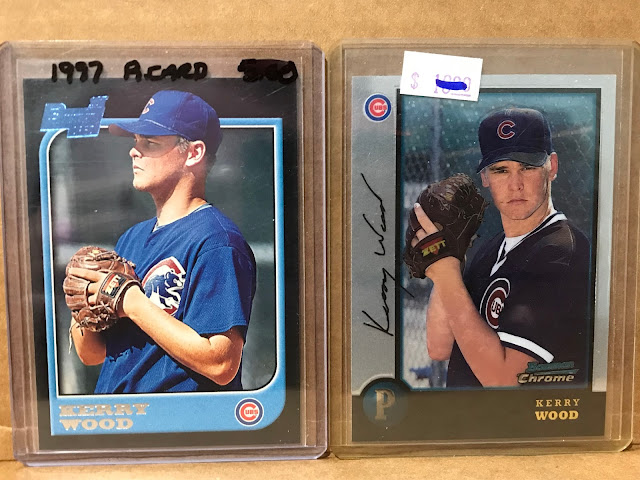 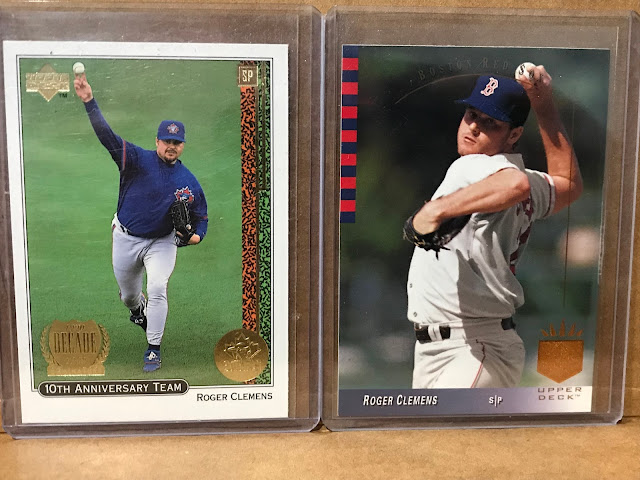 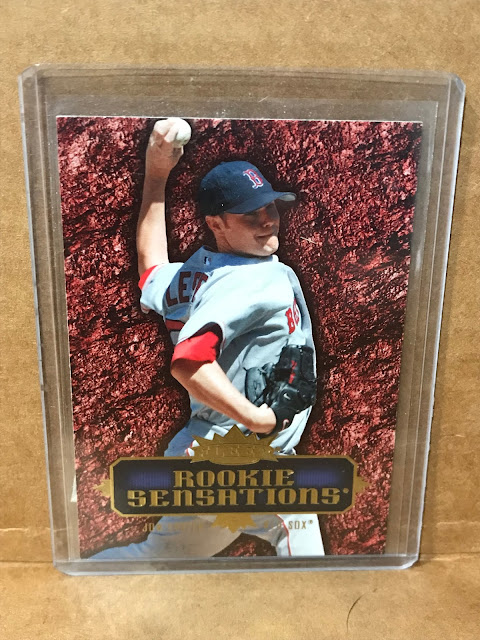 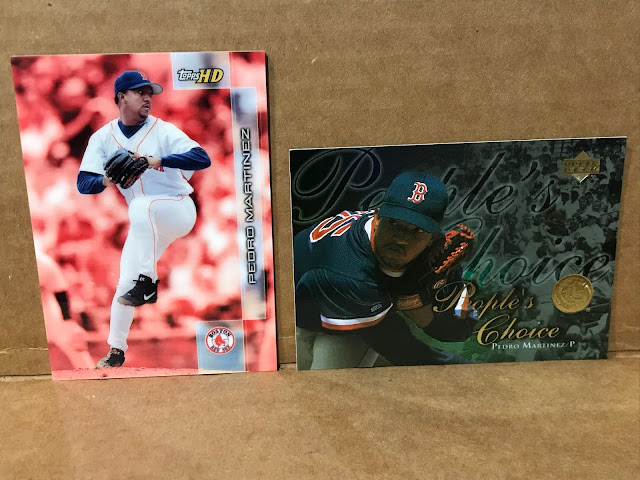 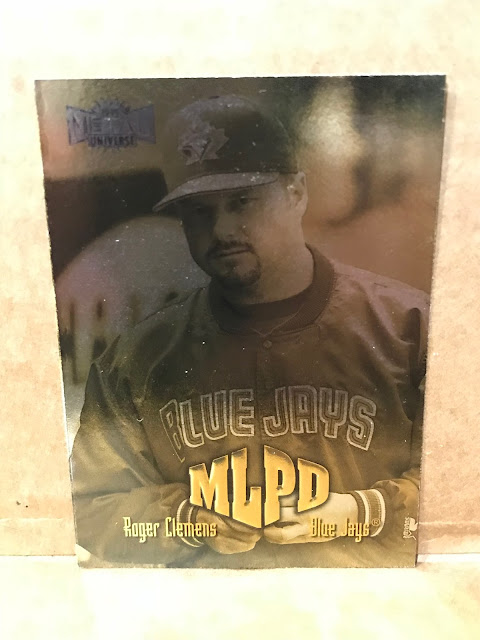 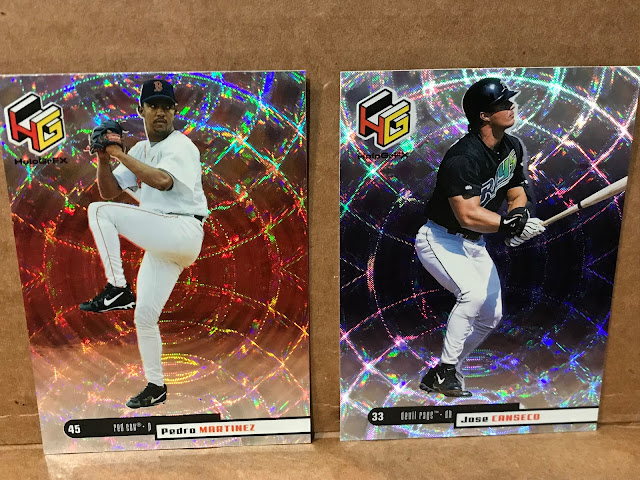 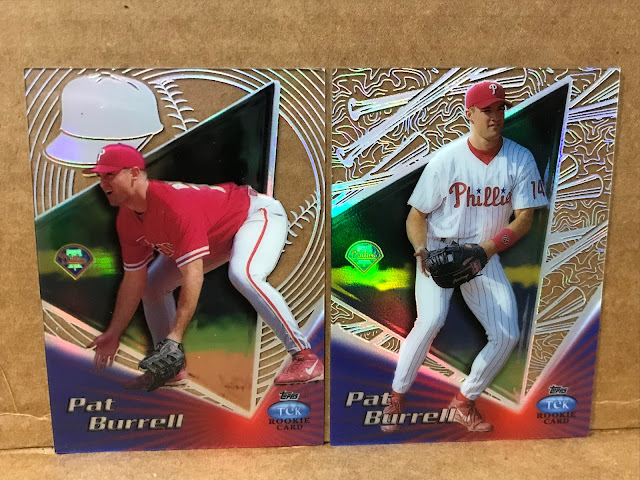 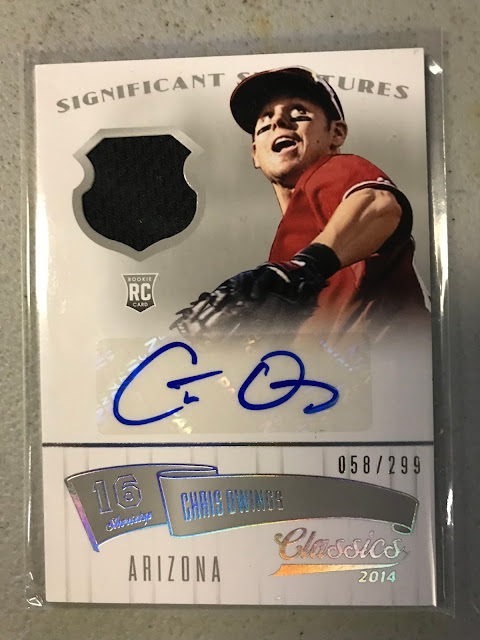 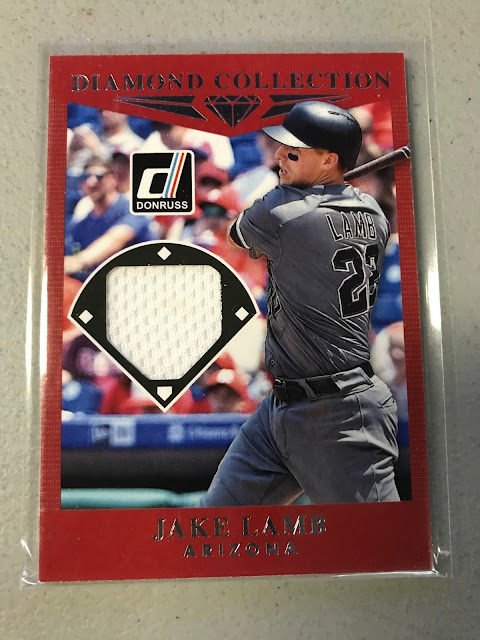 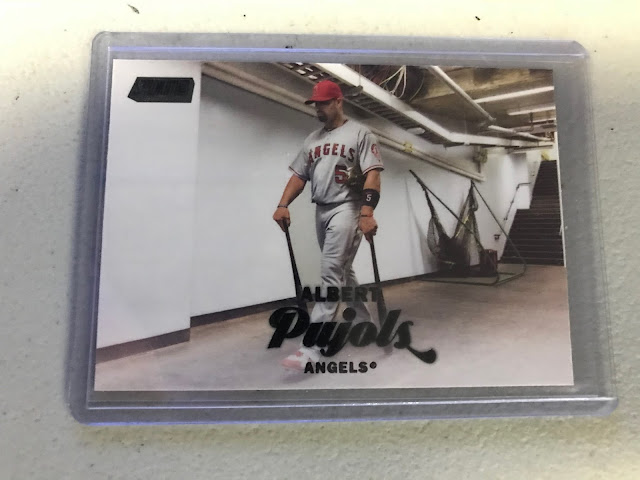