I am posting up another video post simply due to time constraints. It is easier to talk and flip through cards for 10 minutes than build a post with meaningful content and good looking pictures. Again, it may seem hurried but I have a volatile 4 year old that is always ready to blow. So time to myself is rare. I will post some pics after what hopefully is a working video or link to one here: 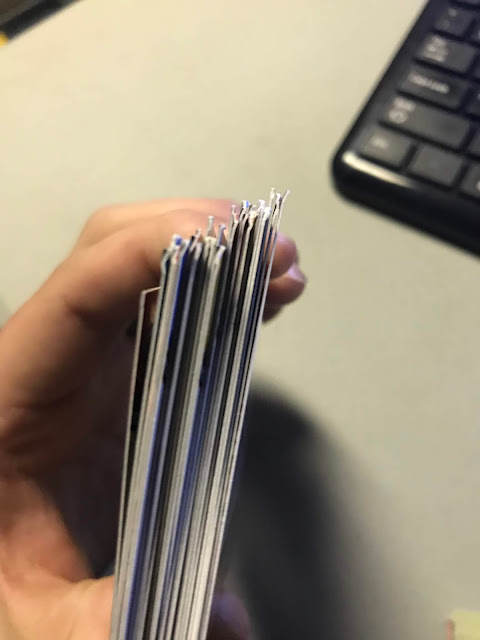 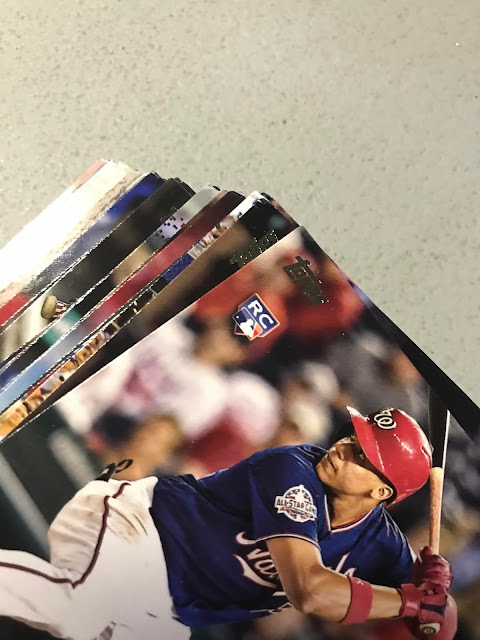 I can see why people steal cards. I felt so frickin' cheated buying a $5.49 pack of 2017 Topps Update just to open them later and find EVERY CARD RUINED. What a complete waste of $6, especially when my hobby funds are so low. That is my one purchase of new cards for the month.

How am I able to send a PWE with 6 cards to Hawaii undamaged yet Topps can't sell me a sealed pack of cards that aren't dented or bent?!
Posted by Scribbled Ink at 11:12 AM 4 comments:

What does "Top Loader" mean to you?

I mistakenly stirred the pot so to speak on Twitter a few days ago by posting this: 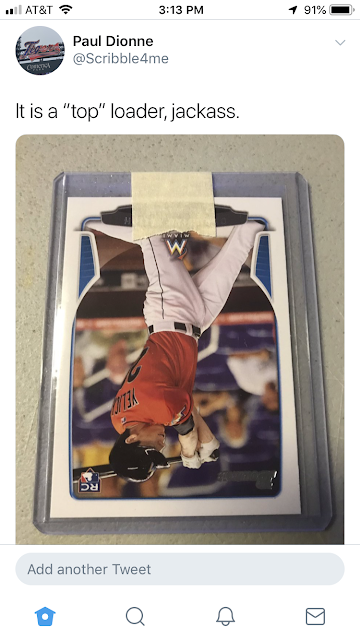 Now, when I receive a card I assume it will be top loaded and by "top loaded" I mean the card will be right side up with the sealed end of the loader at the bottom of the card. When I get cards I think they should be this way so I can put them into my collection without having to remove the card. Seemed like a silly post about typical ebay shipping shenanigans and a lot of collectors see it my way. BUT, I have discovered a population of collectors who ship the way I received this Yelich card believing if the card slips towards what should be painters tape it will not be hurt. And, of course, I had the thought and many others too; that this card is the upside-down printed variation. Ha, ha, ha. There was also the token "it was loaded in the top: top loader" joker too. Maybe its my own laziness but I prefer to receive cards upright in the loader. What do you think?

Some other recent ebay pickups: 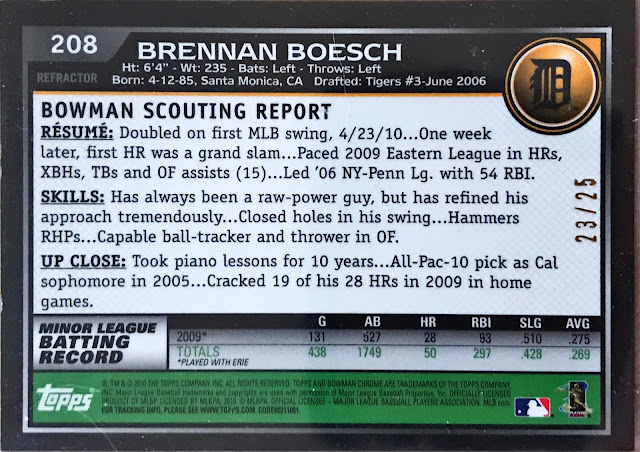 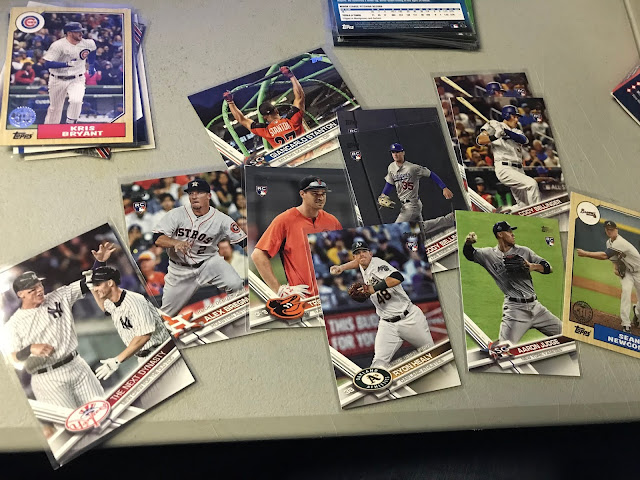 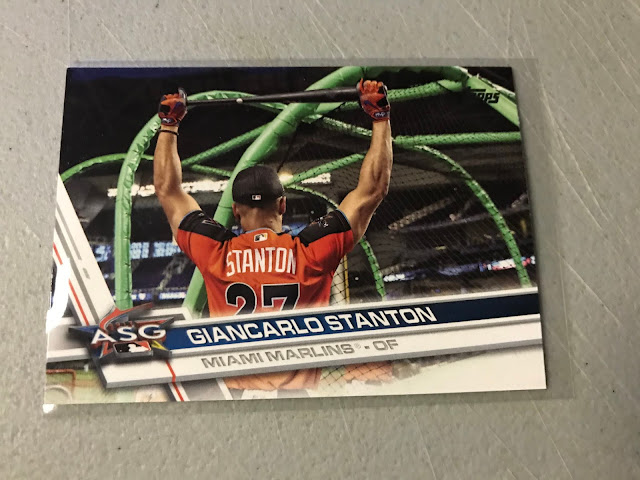 A while back I struck out on 2017 Series 1 packs I picked up on clearance but this time I found two fat packs at Walmart for $3.49 each. I did well in both. Lots of great RC's (of course, it is Update) but both packs had short prints. A Trey Mancini Photo Variation RC SP and a Stanton Photo Variation. I can't wait to hopefully find 2018 Update clearance priced this year, if that happens.

I made some good trades this past week on Trading Card Database. I didn't take pics of the trade pages but here are some of the cards that came in: 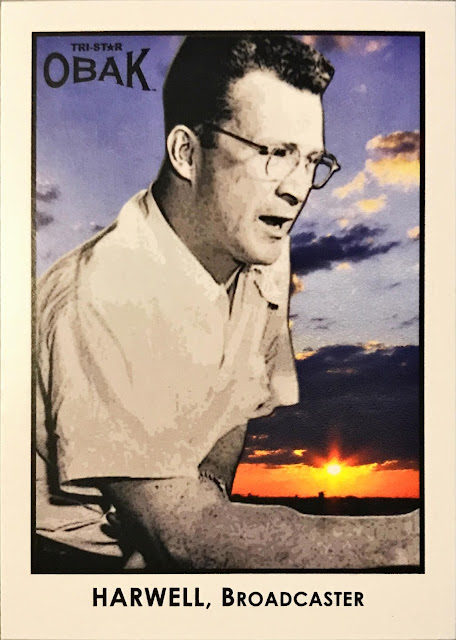 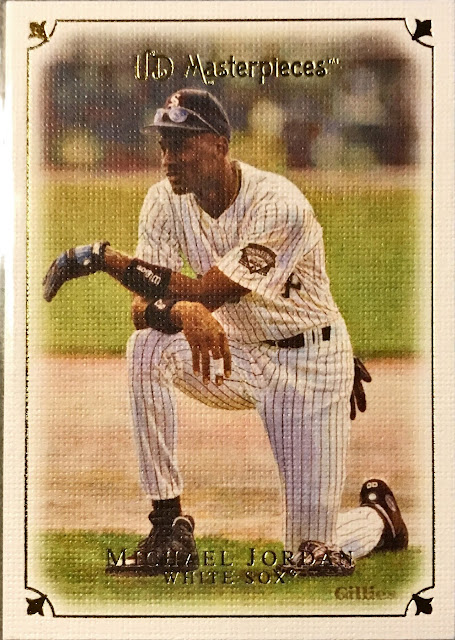 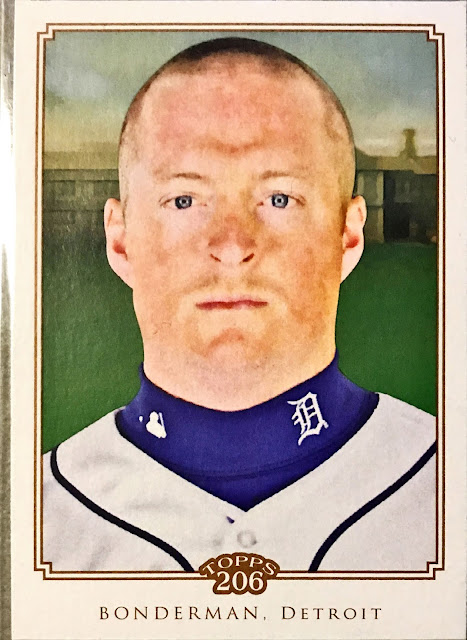 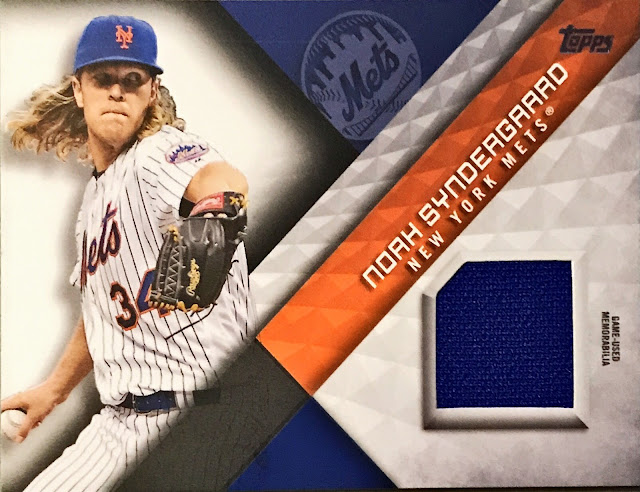 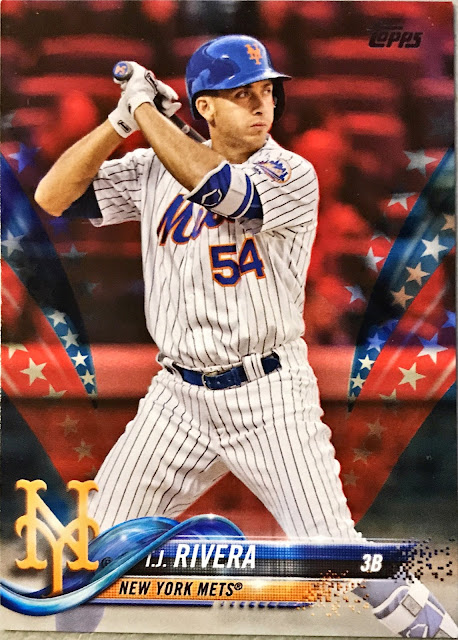 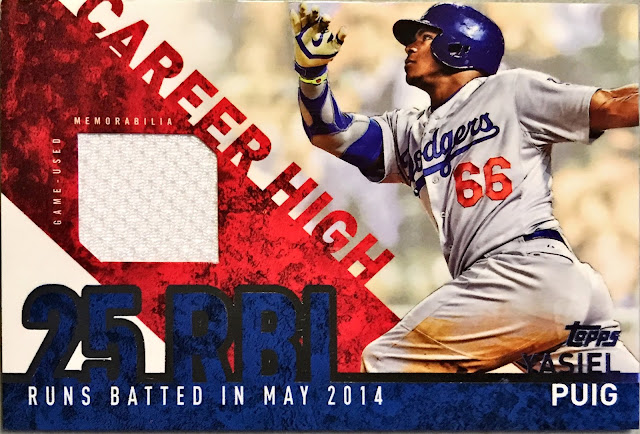 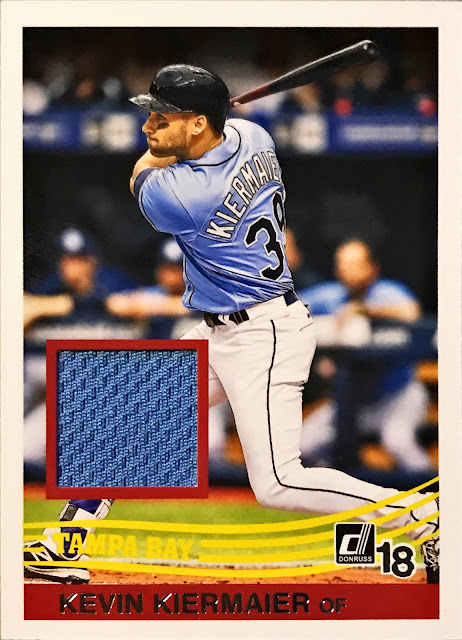 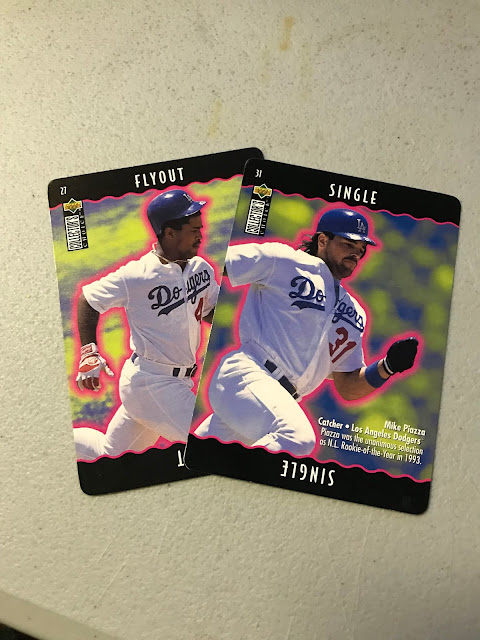 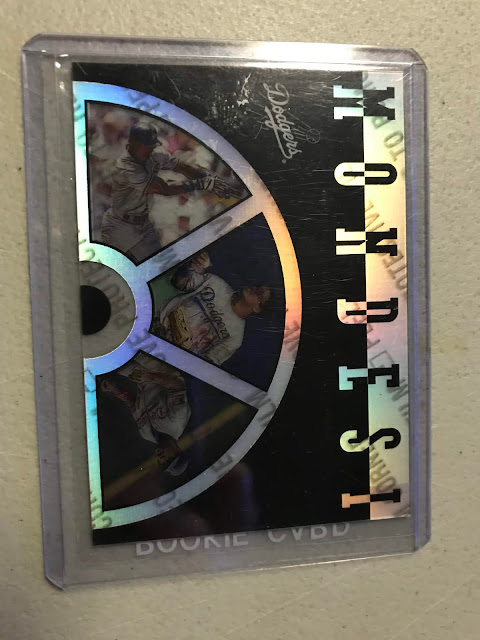 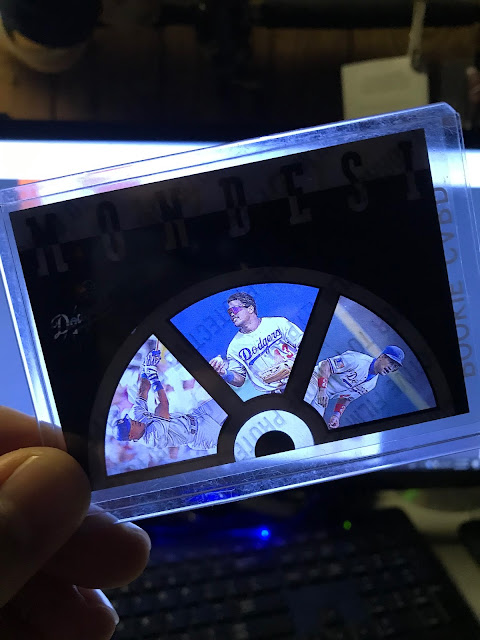 Some are PC, some are trade bait. I was also able to flip the Kevin Brown patch card I got at the card show for $1 for a JV all star relic card. This trade started on Twitter with @dennisbaker and was completed on TCDB. 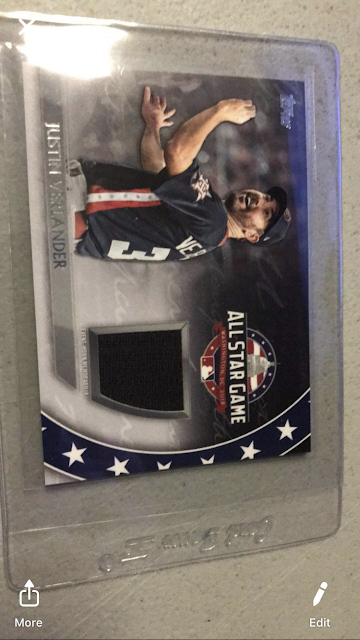 Pistons Getting Some Traction 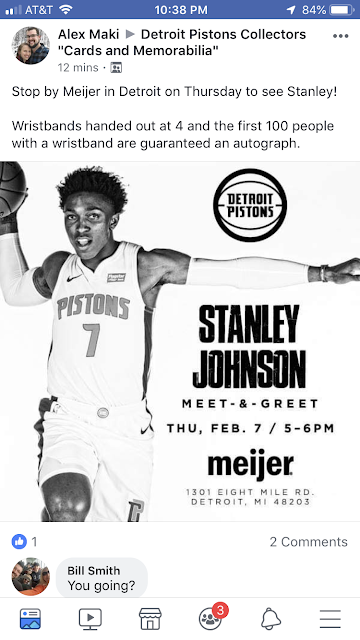 I don't think Stanley is going to make it to this appearance. Luckily I didn't trade the only Svi Mykhailiuk card I pulled this year: 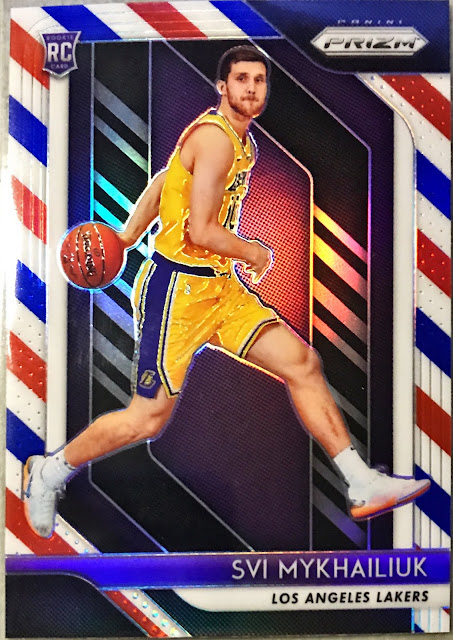 I know I don't talk about the Pistons a lot on here but I like this move. I wish they would trade Andre Drummond too but since they moved Bullock I think we are stuck with Dre. I will say this; Blake Griffin is one of the hardest working players I have ever watched in the NBA and he gets barely any recognition and shit on by the refs every game. He gets beat down with uncalled fouls and then called for ghost reach ins at the other end nightly. Yet, he still keeps his head up and is a leader. The guy is amazing.

I was disappointed to finally be hit by the new shipping costs this week. $4.81 for a small bubble mailer to Washington. I cannot keep trading with prices like that. I guess I am going to save my very little money and take it to card shows. I don't know what I will do with all the trade bait I acquire throughout the year. I guess I will have to be very, very selective with my trades. I have already turned down more trades in 2019 than I did in ALL of 2018. No joke. Its painful to do so and probably making me lose some partners but I got a kid to feed man. Thanks USPS. I am hoping to hit at least one of these shows coming up.