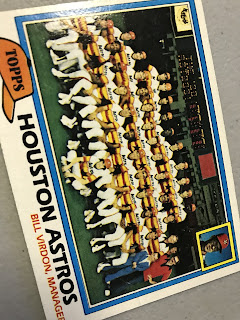 This World Series has been the most intense 7 games of baseball I have ever seen and I don't even have a horse in the race. Thank god I have been able to watch every heart racing game. Tomorrow I have an engagement that will keep me away from home until 10pm my time, so hopefully nothing happens until the late innings. I want Verlander to get a ring and don't want Chase Utley to so that is why I am rooting for Houston. Here are some thoughts on what I have seen: 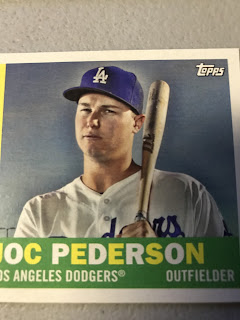 Joc Pederson is going to get a ball in his ear very soon. Especially if game 7 turns into a blowout. I used to be a fan of the kid but on his last two homeruns he acted like they were walk-offs. Both were relatively meaningless. I see Correa and Altuve celebrate like maniacs but at least their hits mattered and they kept their celebrations for the instant reaction on the way to first and after they crossed the plate. Not parading around the whole diamond dancing like a clincher. Very disappointed. 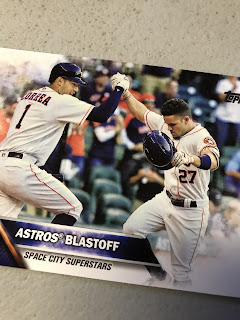 Fransisco Liriano should have pitched by now. I have been a big Liriano fan since his rookie year but why throw Gregerson who looks like he has a knuckleballer delivery and shows the ball way too much to be successful and leave Liriano in the 'pen when he has valuable experience?

Where is Josh Reddick?! He's been decent defensively but just has not shown up at the plate. He is an automatic out. I keep waiting for him to bust out...and waiting....and waiting...


The Astros WILL Win Game 7! 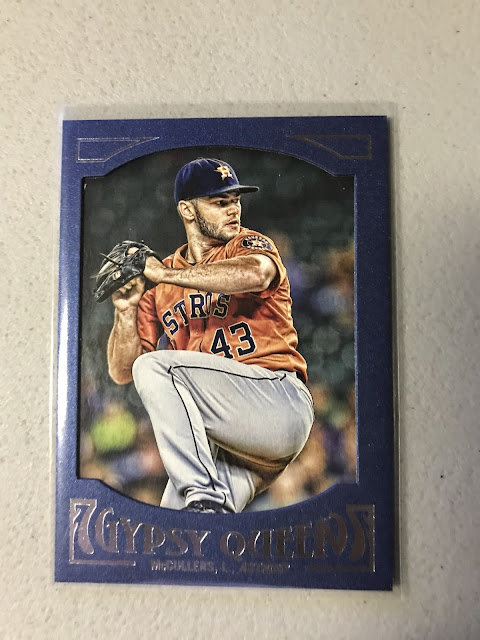 I like Lance McCullers and I think he has a great career ahead of him. I hope he is able to pitch above the moment and dominate for 5 or 6 innings. I am NOT a Dallas Keuchel fan. I would rather see Verlander come out of the 'pen and throw underhand than have Dallas throw gas on a fire. If we see him pitch in game 7 its because the game is over or will be soon.

Time is running down. My next post (#99) will signify the end of the contest. I have a huge number of prize packages put together to send out. More packages than entrants so comment or email your blog name idea or just comment or email that you like someone else's idea and one of these packages is yours! 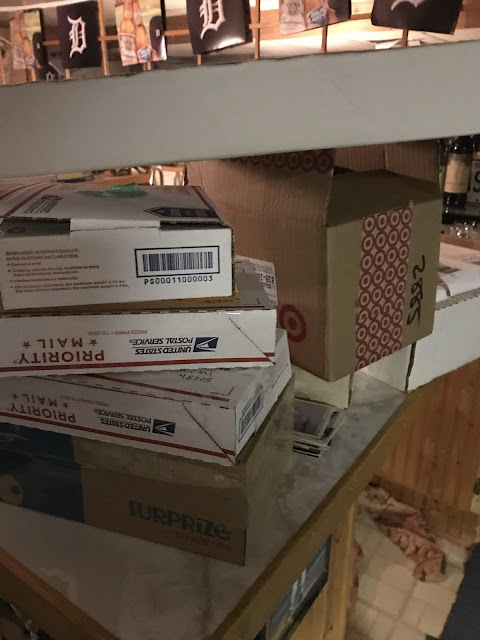 ! GIVEAWAY ! and TTM Returns from the World Series!

This is post #97! Just two more posts until the close of the Name the Blog CONTEST GIVEAWAY! Get your comments/emails in. Everybody wins something and a few lucky persons will receive superduper-Grand Prizes! Tell your friends. Time is slowly running out! Check out my previous post from  10/17/2017 for details!

TTM Returns from the World Series!

These returns make me 23/136 for returned signed/total sent.

I sent out 136 total starting April February 1st and as recent as August 31.

I received back 23 signed as intended.

I received 2 Return To Senders

I received 2 back unsigned with preprinted cards (Texas Rangers)

I gained one auto through only an email without actually sending a SASE that isn't reflected in my stats above.

That means I have 99 autograph requests still floating around out there. 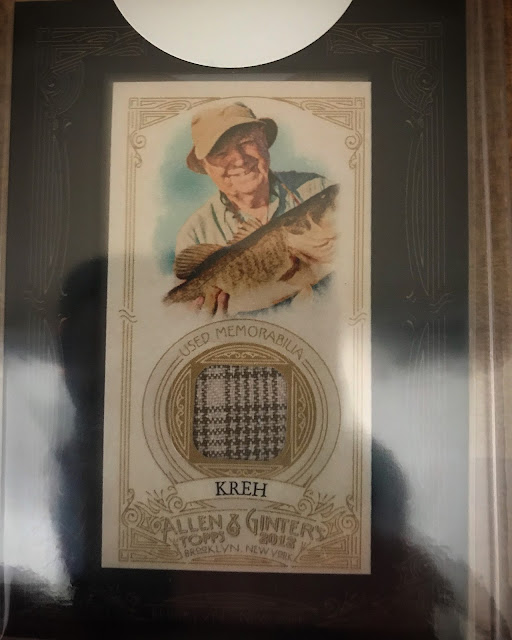 An ebay snag for 90% less than the other 4 listed on the site. Its a great photo of fly fishing legend Lefty Kreh. I don't think many traditionalists in the fly community would appreciate him holding a largemouth in the pic but he probably reeled him in on a 5 weight after chugging a popper somewhere. I love when my passions collide. A memorabilia/relic card of a fisherman?! Hell yes. This one gets locked up in the PC forever.

My SUPER-AWESOME-FANTASTIC-MEGA-CRAZY-COOL-BOSS-SWEET-NAME MY BLOG CONTEST is still going on. Check out this past post :  CONTEST DETAILS to enter! Anybody, and I mean, anybody who enters will win something. You need not be a google+ member, blogger, follower, or even card collector to win. Comment or email me to enter.

Posted by Scribbled Ink at 11:09 AM No comments: 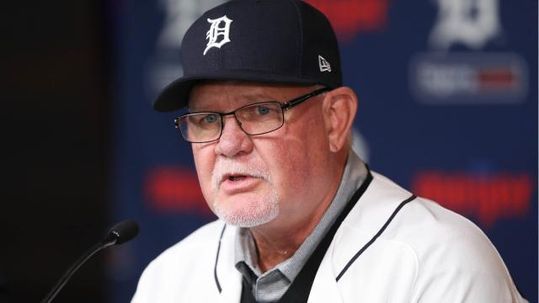 I am very excited to have Ron Gardenhire at the helm for the Tig's. I always liked the guy when he was in Minnesota. I took my approval so far as to dress up as him for a Halloween Event we took my son to at the Detroit Zoo. 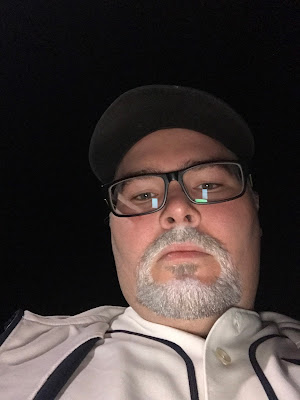 Creepy pic but you get the idea. It was too dark out for any kind of decent evidence of the whole package. I think it worked.

I recently purchased two items for my collection that I have been dreaming about for a long time. First, is a signed Cecil Fielder lithograph I have looked at for almost a year. It sat on tables and sometimes in a bin and always called to me. But, the $35 price tag on it always scared me off. That is a large chunk of change for a guy who spends his whole wad at the dimeboxes. I ended up offering the seller something cheaper and he took it. Very quickly which made me wonder what I really could have gotten it for but oh well. Its mine now! I love it and can't wait to get it framed. 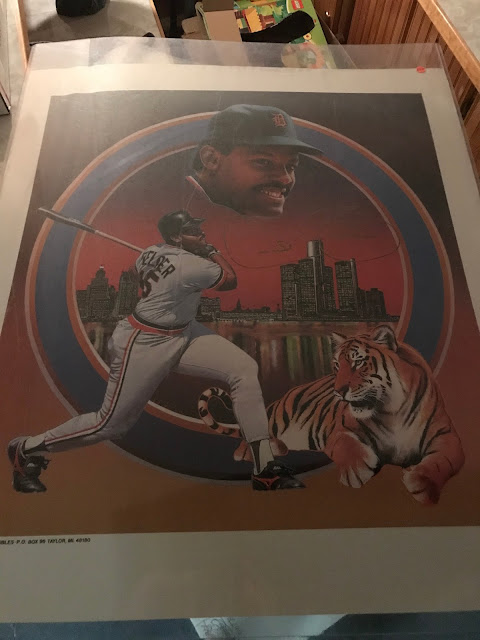 Its just a little under poster sized, I'm too lazy to measure it now. The scrapes and toning issues are on the gigantic top loader its in. It is in really amazing shape inside and will look good when I give it the attention it deserves.

Next is a card. Not just any card, though. A card off my want list that I have wanted since the WBC. Ian Kinsler was terrific in that tournament and I really wanted something good to remember it by. Here is my sweet little piece of history. 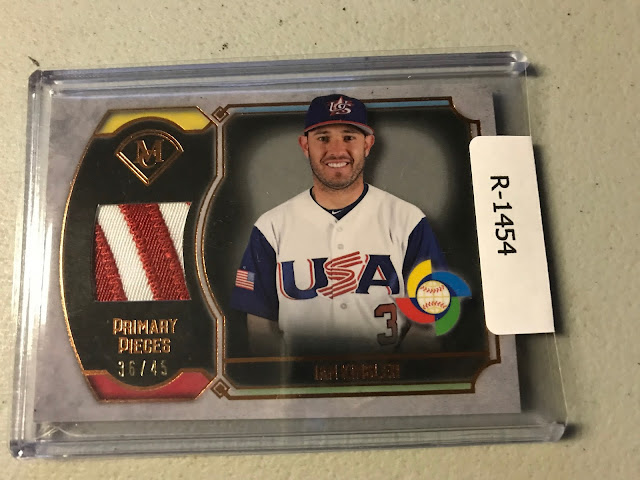 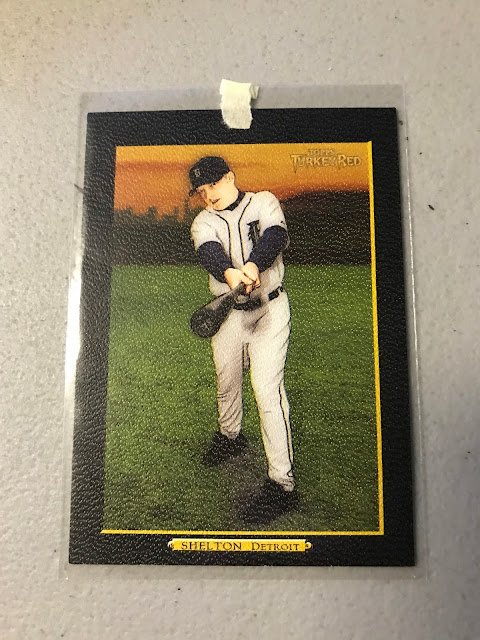 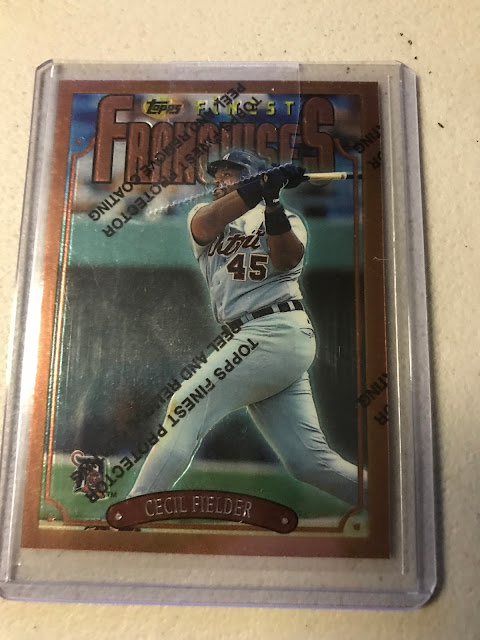 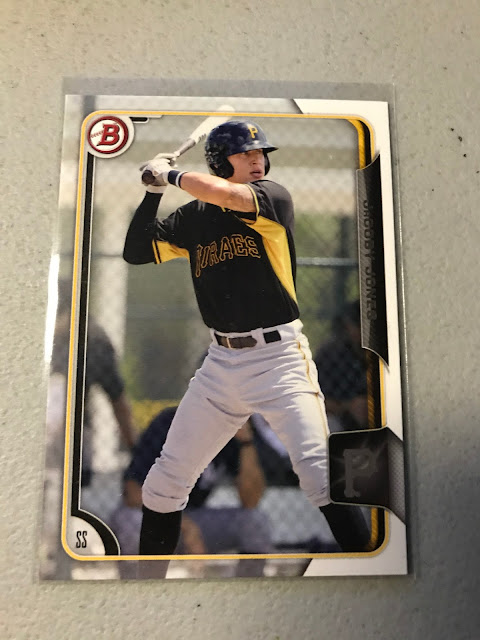 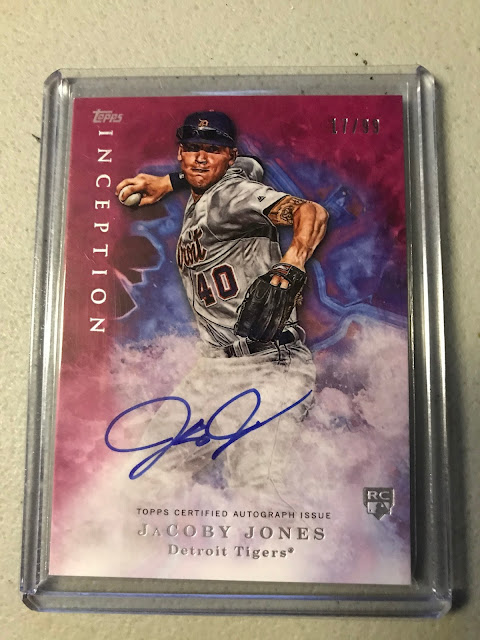 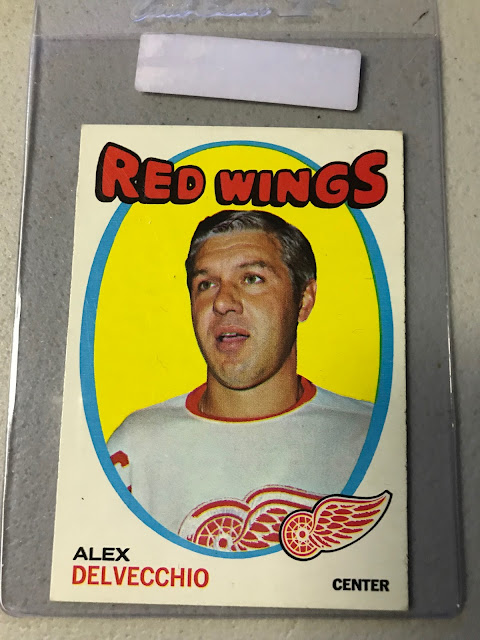 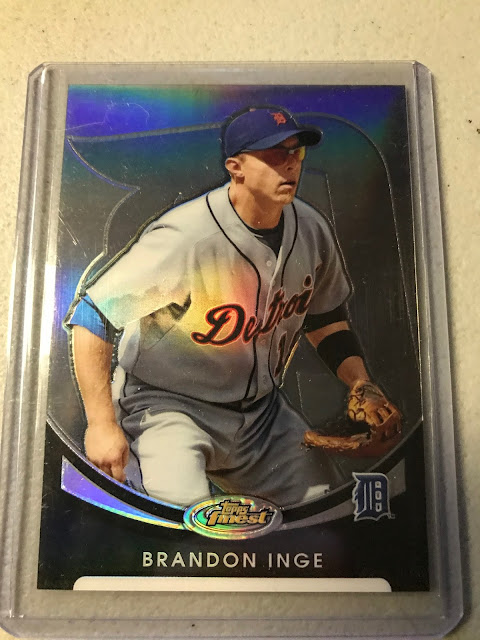 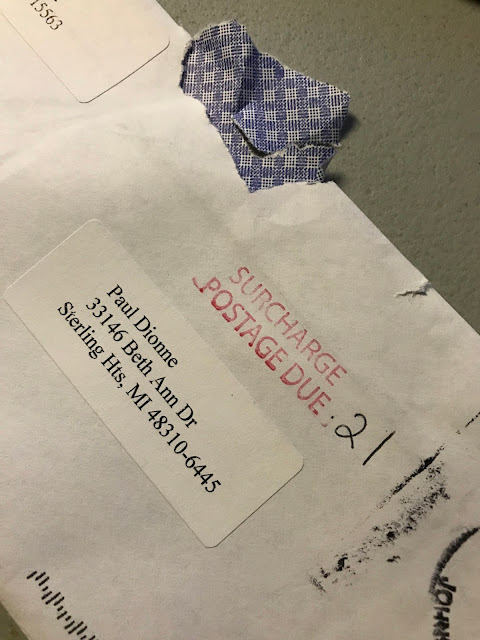 The Delvecchio is for an upcoming signing. Here are two reasons other than fees that Ebay sucks: 1. More than just the Cecil Fielder card came with tape on the top loader. Come on people, quit ruining cards. 2. One of the cards that was "free shipping" shorted the stamps so I had to pay .21 upon arrival. How lame are these sellers?!

A Card Show Comes to Me!

One localish card show has called it quits but has been replaced with another at a new venue just about walking distance from my house! How amazing is that? I may stop going to the Taylor, MI show all together now that this one is here and 5 minutes away with most of the same vendors and some great new ones. I went to the show for 2 hours on Saturday by myself and 3 hours on Sunday with my brother. The dimeboxes took a beating those days. Here's a little bit of the loot: 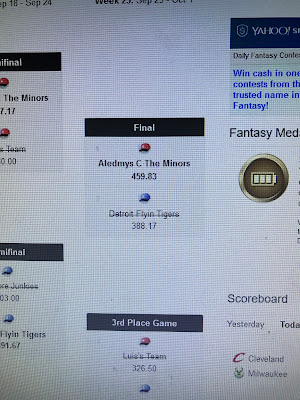 I had to settle for second place. Which is fine because just like every other time I have played fantasy baseball everybody loses a couple weeks early on and quits. So lame. Someday I'll find a keeper league or something that matters. 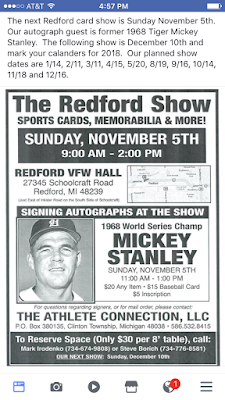 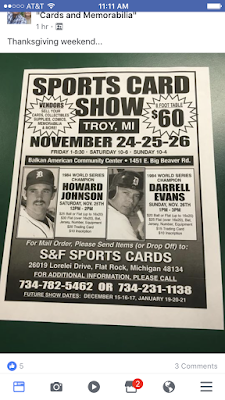 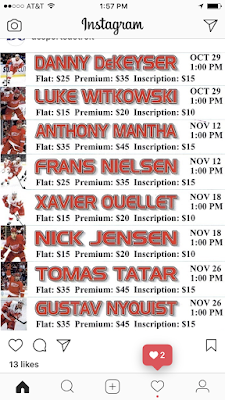 I figured I would post these in case anybody needs the info or wants something signed.

MY NAME THE BLOG CONTEST GIVEAWAY SUPER DUPER WIN BIG EVENT IS GOING ON NOW. LOOK BACK A FEW POSTS FOR DETAILS. ANYBODY CAN ENTER AND WIN. AS OF NOW I HAVE 3 PEOPLE ENTERED. AT THIS RATE EVERYONE WILL WIN SOMETHING JUST FOR ENTERING. ENTER NOW!!!!!!

PRIZES INCLUDE AUTOGRAPHED CARDS, MEMORABILIA CARDS,  VINTAGE CARDS, STARS AND ROOKIES, YOUR FAVORITE TEAMS AND PLAYERS PLUS NON-CARD BONUS GIFTS THAT ARE PRETTY COOL. EVERYBODY GETS SOMETHING! GRAND PRIZE WINNER GETS A HUGE PRIZE. ENTER NOW BY COMMENTING A BLOG NAME IDEA OR EMAILING ME ONE AT DIONNE.TRIBSPORTS@GMAIL I DON'T THINK I CAN MAKE IT ANY EASIER.

Posted by Scribbled Ink at 7:24 PM No comments: