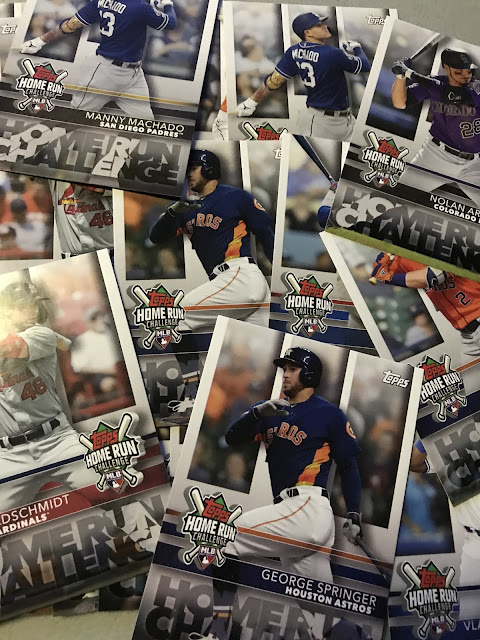 Topps is going into it's third year of the Home Run Challenge contest. Basically, you enter a code found on insert cards in 2020 Topps products of a certain player and you choose a day you think they will homer. If they go yard on that day; you win an insert parallel of that player. I have played it the last two years and have enjoyed it. I have been pretty successful with the game and figured I would pass along how I attack the game.

Tip #1: DO NOT ENTER THE CODE AND WILLY-NILLY PICK A GAME. You have until the day before a game to enter the code. I've entered codes as late as 11:30pm the night before a game and had them work. If you put in a code and the game gets rained out: YOU LOSE. If the player on your card does not play the day you enter your code: YOU LOSE.
What I usually do is make a list of the guys I have codes of. I look at the weekly schedule they play and the pitching match ups which you can find up to 5 days in advance. A simple google search can provide your player's history against each starter.
I  look for;
1. Decent success historically against a pitcher. A few dingers or high batting average at least.
2. Righty/Lefty matchups and the pitcher's recent record. If I have Cody Bellinger and know he's facing a right hander who is 1-7 with a 5.75 era I am likely to play the code.

Tip #2: Check both the weather for the next day to make sure they will play the game AND take a quick look to make sure the player you have is likely to play and isn't injured or have a scheduled day off. I have lost on codes I played by rainouts, players taking a random day off, and also a guy was traded 5 minutes after I entered the code and he traveled to his new team the next day instead of playing. In all those cases the code was wasted.

Tip #3: Save your codes! This might be the most difficult tip to explain but read carefully. ONLY PLAY ONE CODE AT A TIME. You must know what you win. For each code put in and date guessed correctly you win a parallel insert that is colored for that month and numbered to the amount of total winners for that particular month for that particular player. See pic below for example.

Hypothetical situation: I play a 7 Cody Bellinger codes, one each day in a week because I think he will homer at least once this week. That week Bellinger homers on 3 days. Yay a winner! BUT, I have won 3 of the same card. Lets say 30 other people chose correctly that month too. My 3 cards are now numbered /33 instead of /30. Not a huge difference but if 100 people do that the numbers on these cards are going to skyrocket and everybody knows from collectors to flippers; lower numbers are always better.

If you play one at a time until you win, then you can hold the rest of your codes for the next month. This saves codes to use the next month, keeps numbering down, and doesn't give you a bunch of doubles of the same card. As you can see below the different months aren't even that different. I see guys trying to scoop up 163 cards of one player. Really if you had 12 of a player and chose wisely you could win each month and save having to trade and buy for 163.
The last pic below is a screen shot of some of my history with the contest. I was about 26% successful in 2018 and 46% successful in 2019. 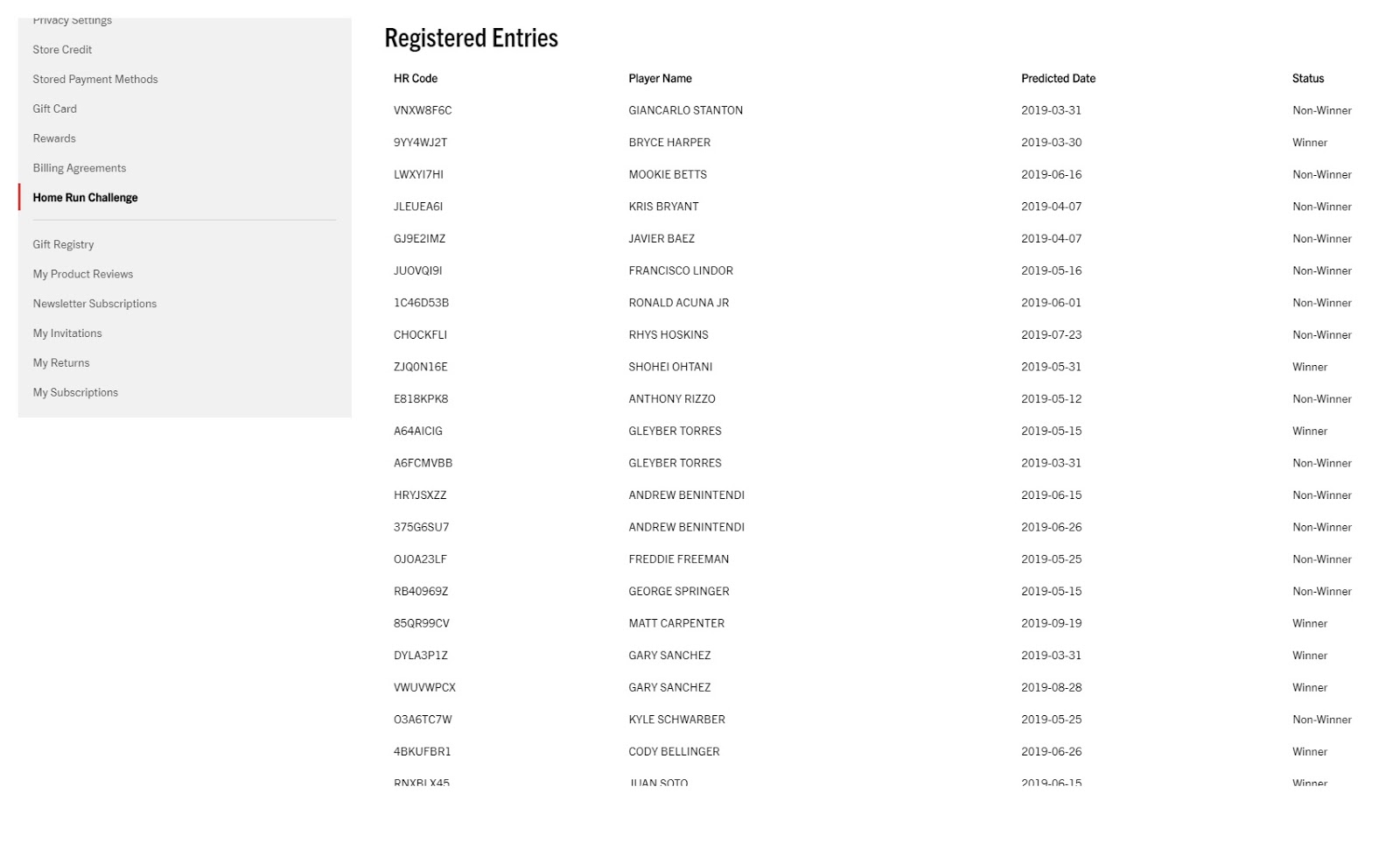