From Card Cave to a Cardboard Haven, Trade of the Year

I have made some recent transactions that have transcended my basement from cardboard hoarder's rat nest into something that looks almost like a respectable collector's trophy room.


Trade of the Year

The forums on The Trading Card Database are pretty entertaining. Other than the monthly idiot who creates a login and tries selling cards or pitching his website 10 minutes later, you can always find something good to read. I saw a post for an old lamp and from there ended up with a legendary swap. BOBSCARDZ on the site is a very active member posting to the forum often. I was able to work out a deal with him to swap a box of cards for his Upper Deck hockey lamp.

Picture the "FRAGILE" crate being dropped off and opened in A Christmas Story. This lamp is totally from the era I began collecting. I love it. Bob even included 6 hockey cards from 90-91 in a team bag in case I wanted to keep the lamp accurate to the time period. He is an awesome guy and I hope he is as happy with the cards I found for him as I am with this sweet beacon of nostalgia! I am still filling a box for him to hopefully send sometime in January as an extra thank you. 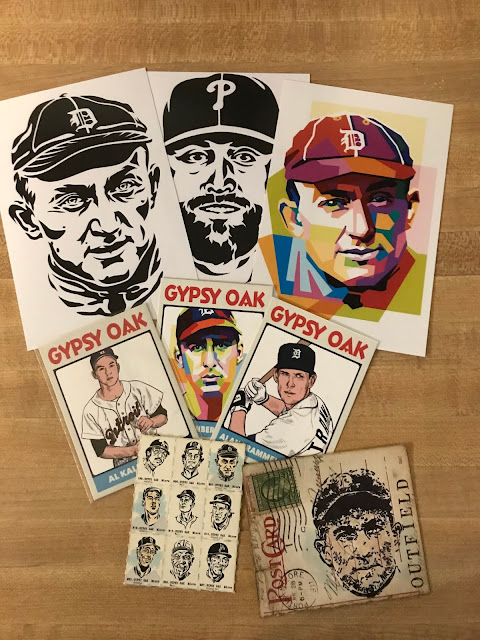 I have followed @GypsyOak on twitter for a long time and admire the pieces of art depicting baseball's history in a modern way. To be honest I don't know if its one guy or a cooperative team that makes this stuff but with a black Friday deal too good to pass up I made my first order. I ordered the Pat Neshek print and the Ty Cobb print above. Everything pictured is what came to me today. The extras they were sending in this sale are unbelievable. Even cooler in hand than online. The post card print, stickers, cards, its all amazing stuff that I am going to have to display in a shadowbox or something. Someday when my wife is done with her residency and we get into our "forever home" I am going to order one of Gypsy Oak's bigger pieces for my hobby room.
Posted by Scribbled Ink at 2:38 PM 3 comments: 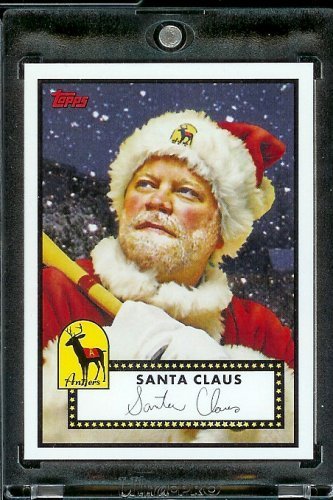 I know I just posted recently about trying to post more but here we are. I haven't opened Blogger in weeks again. Busy times for me. I have a ton of stuff to post about but it is just quicker to tweet something short and dumb than to sit down to think up a post and scan pics.
Anyway, Secret Santa is on for 2018. Here is the link:

We are so blessed in this blogging community to have such thoughtful people involved. Jon from A Penny Sleeve for Your Thoughts blog recognized the need and stepped up to run Secret Santa this year. Matt from Bob Walk the Plank ran it last year and I had fun shopping for someone else and met some new trade partners through it.
In the minuscule chance that some card blogger visits my blog that hasn't seen others posting about it, click the link and get in!
Posted by Scribbled Ink at 5:59 AM 3 comments: